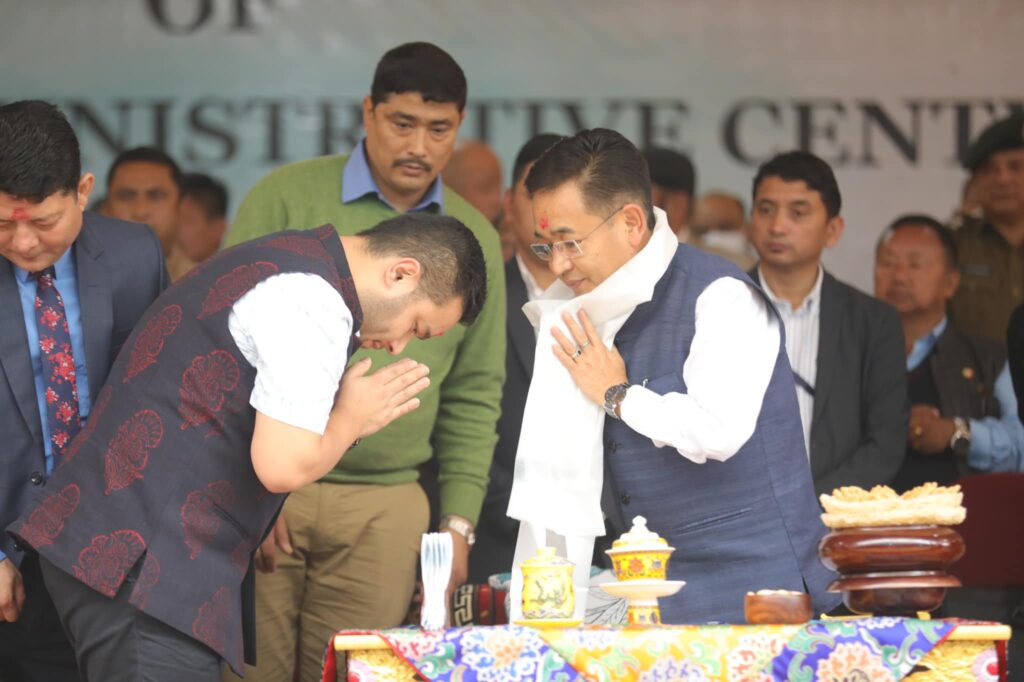 I was delighted to inaugurate the District Administrative Centre (DAC) for the newly formed district of Soreng, today.

In an event held at Government Senior Secondary School playground to commemorate the inauguration of DAC, I congratulated the entire people of Soreng on this historic occasion and extended my best wishes to the area MLA, newly appointed District Collector, and Superintendent of Police for their new responsibility and urged them to set a solid foundation for Soreng district and collectively work for the progress of the district.

While mentioning several welfare schemes of our government like Aama and Bahini, I announced the initiation of a new scheme called “Watsalya”. I also reiterated our government’s initiative to curb the misuse of manpower and strike out VIP culture in the state.

Furthermore, I also inspected the construction site of the stadium and indoor gymnasium hall at Soreng.