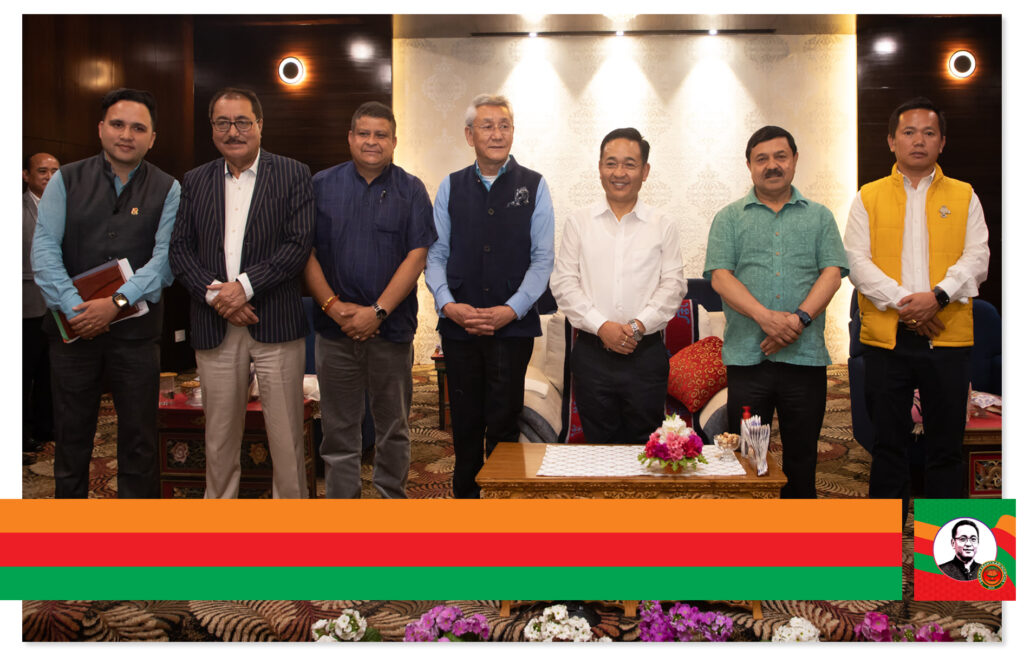 It is a historic day for politics in Sikkim as the Sikkim National People’s Party (SNPP) merged with the Sikkim Krantikari Morcha (SKM) party in a function held at Samman Bhawan.

I handed over a letter of acceptance to the President of SNPP, Shri Delay Namgyal Barfungpa, who had recently joined our party. Similarly, during the event, nearly 300 people from SNPP became a part of our SKM family, including individuals from other parties.

I urged all to sincerely abide by our party’s principles and collectively work to benefit the masses and strive towards taking Sikkim to greater heights.